Application characteristics of far-infrared high-temperature radiation heating:
1. Good for human health, speed up metabolism and promote blood circulation;
2. The heat energy is directly in contact with the human body in an open type emitted by the country.;
3. It has strong penetration, direct access to the patient’s surname, and has a physiotherapy effect.;
4. Heat energy is easily absorbed by the human body and can achieve calcium supplementation;
5The heating method is similar to that of lighting, evenly spread out and evenly heated;
6. Infrared radiation avoids the generation and spread of bacteria in the air. 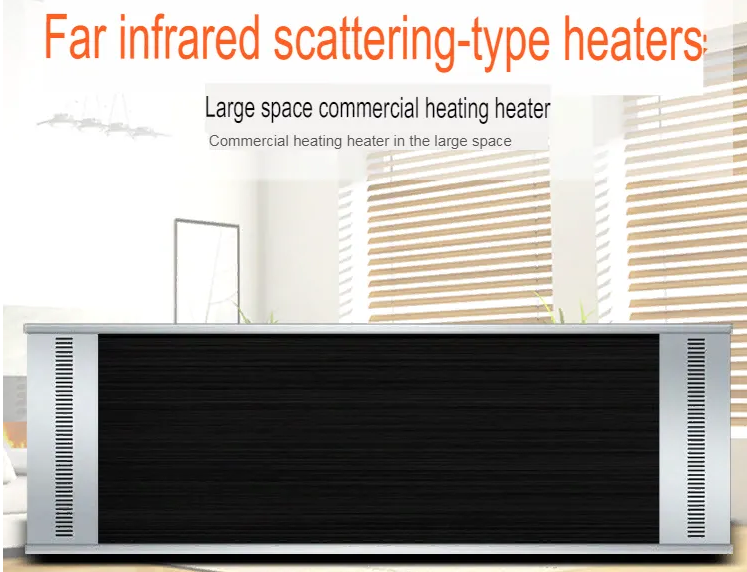 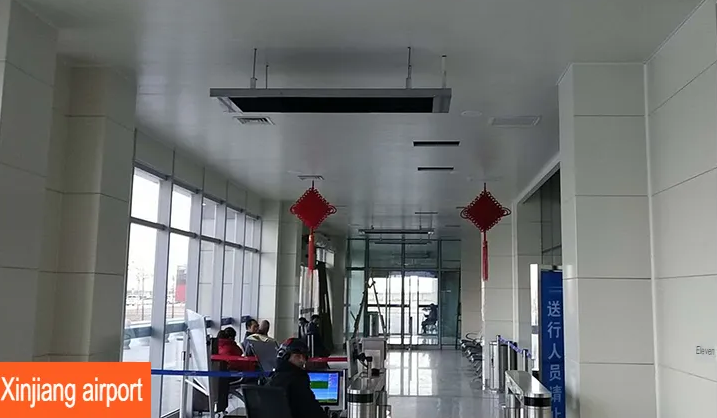 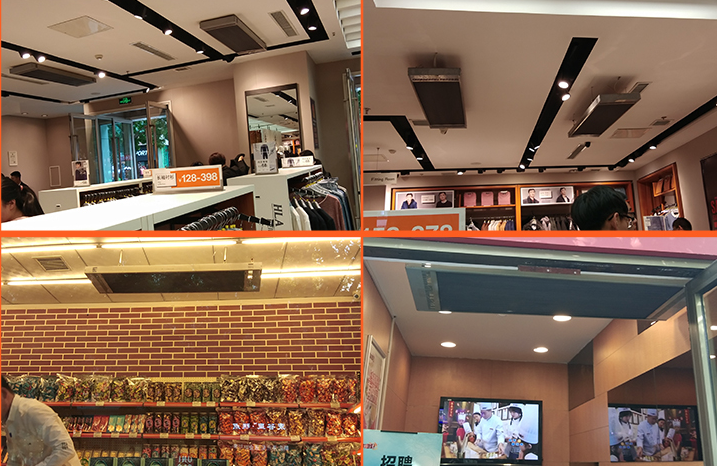 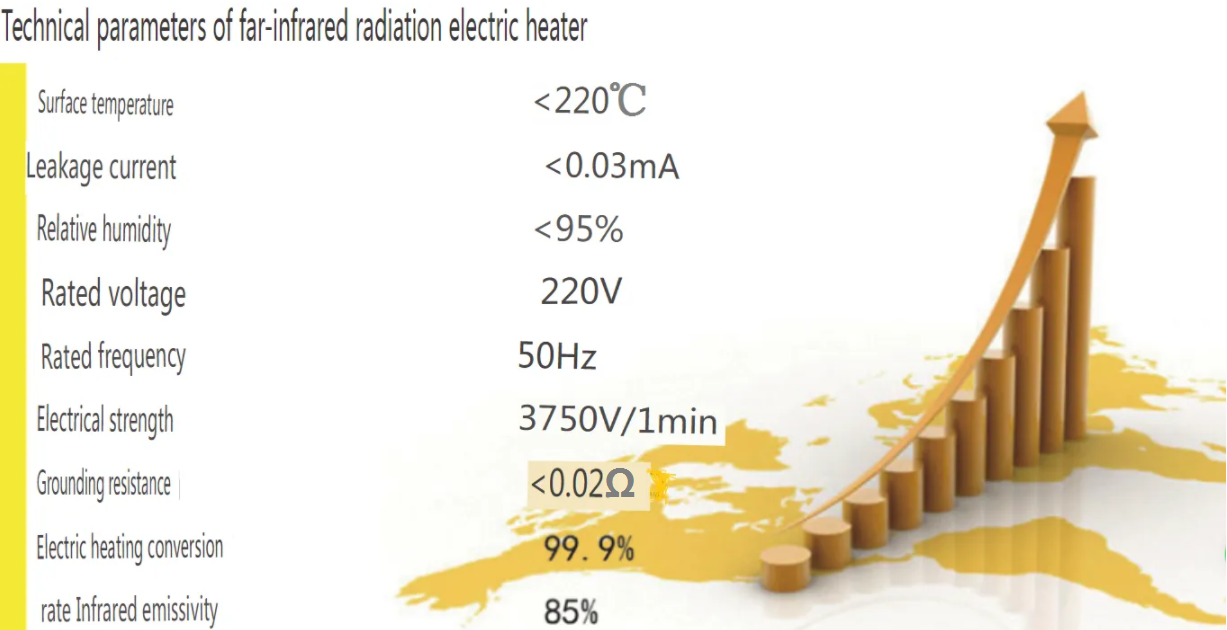 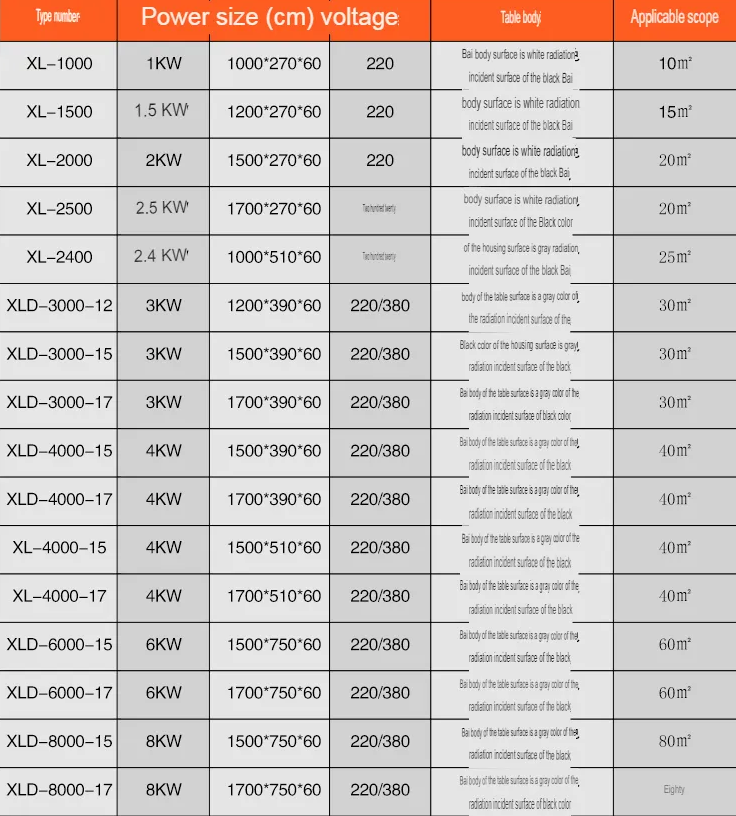 1.Safety of operation: silent, no visible light, no wind, no floating objects, and clean air.
2.Energy saving: electrical energy is directly converted into heat energy, and the heat conversion rate is as high as 99% or more.
3.Good heat dissipation: the surface of the electric heater is oxidized at high temperature, which is high temperature resistant, does not deform, and does not change color.
High-quality aluminum lock alloy. It has good thermal conductivity, large area, uniform heating, and a layer on the surface.
The far-infrared coating can increase the thermal effect by 10%.
4.Long service life: Because there is no fan, there are no wearing parts such as bearings, carbon brushes, and motors. not
There are phenomena of running, thunder, dripping, and leaking.
5.Fast heating up: electrical energy is directly converted into heat energy, and the heat loss is small. It takes 5-10 minutes to turn on at room temperature.
The temperature of the clock surface can reach about 300 degrees.
6. Good thermal insulation: Because of the high temperature, the heat dissipation capacity will be retained for a certain period of time during shutdown.
7. Wide range of applications: it can be used under various harsh conditions (including extremely cold and high heat).、
In the case of wind, sand, dust, humidity, vacuum, and sterility).
8.Easy to install: Because it is lightweight and does not take up space, it is lightweight and can be installed at will.
9.Intelligent temperature control: you can install a thermostat and a time controller at will (not to be installed in the electric heater itself).
10.Directional radiation: it can heat specific objects to achieve local heating.
11. Long radiation distance: effective distance 3. 2 meters, the optimal distance is 2.2-2. 6 meters.
12.Health and environmental protection: When far infrared rays transmit heat, the disturbance of air is extremely low, which will release easily absorbed by the human body.
It can activate human cells, improve microcirculation and promote metabolism.
13.There are many suitable places: hotels, guesthouses, office buildings, bathing, shopping malls, corporate units, and railway stations.、
Factories and other courtyards and indoor heating

How do you feel when using an infrared radiation heater?
The feeling of infrared radiant electric heaters is very different from that of traditional convection heaters. The former feels like basking in the sun in autumn. The indoor air is refreshing and fresh. In the latter, if the temperature is high, the valve will be annoying and dry, such as temperature.
When the degree is low, it is cold and dry, which is completely the feeling of two “worlds”. Therefore, we must remember that we cannot experience the traditional conditioned reflex that the heating effect is achieved as long as the heat hits the face.
Infrared. The feeling of far-infrared heating is that the air in the room is refreshing or cool and people feel warm. This is the most ideal heating environment for human beings.

Send us your enquiry message or review.You also can write email to us: sale@smartclima.com or info@smartclima.com . Smartclima team will reply you within 24 hours.